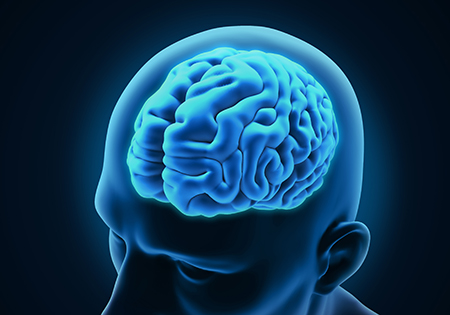 Preliminary results from what investigators report is the first randomized controlled trial to explore the efficacy of rTMS for GAD showed “large pre- to posttreatment effect sizes in anxiety and worry for active rTMS compared to more variable treatment effects for a sham procedure.”

“We found that the efficacy of rTMS is superior to sham and that about 70% [of patients who completed treatment] had a significant clinical response to rTMS vs 25% in the sham condition. At 3- month follow-up, there was even greater separation between the 2 study groups, with an 80% response rate in the TMS group and none in the sham group, so that there were a few people who continued to improve over the 3-month follow-up, and a few people who had a clinical response in the sham group tended to lose that benefit over the follow-up period and tended to relapse,” principal investigator Gretchen Diefenbach, PhD, the Institute of Living at the Hartford Hospital in Connecticut, told Medscape Medical News.

The findings were presented here at the American Psychiatric Association’s 2014 Annual Meeting.

GAD is a common and disabling disorder characterized by excessive and uncontrollable worry. Dr. Diefenbach said that lifetime prevalence of GAD runs at about 5%, and the current prevalence is about 2%.

“People with GAD are worriers, and while everyone worries to some extent, those with generalized anxiety can’t turn off the worry. You’ll often hear patients say things like, ‘I wake up with a pit in my stomach just thinking about what I have to do today,’ and that sense of anxiety and foreboding continues throughout their day,” she said.

Dr. Diefenbach added that GAD is often accompanied by physical symptoms that interfere with sleep and daily function – often over a lifetime.

“People with GAD tend to have it throughout their lives. The intensity of it may ebb and flow, but it tends to be a chronic condition,” she said.

Current treatment consists of pharmacotherapy with anxiolytics or other pharmaceuticals and/or counseling, primarily cognitive-behavioral therapy. However, said Dr. Diefenbach, even with these treatments, as many as 50% of patients do not achieve relief and continue to have debilitating symptoms.

“I was really motivated to try to find something innovative, something new to help these patients,” she said TMS was first approved by the US Food and Drug Administration in 2008 for the treatment of major depression. In 2010, results from a small open-label study of 10 patients conducted by investigators at the University of California, Los Angeles (UCLA), suggested that it may also be effective for anxiety. Results from this study showed a 60% response rate and a 60% remission rate in GAD.

Spurred on by these “very promising” findings, Dr. Diefenbach and her team conducted the current double-blind, randomized controlled trial of rTMS for GAD.

A total of 24 adult outpatients with GAD (75% women; mean age, 44 years) were recruited for the study. Twelve participants were randomly assigned to receive rTMS at the dorsolateral prefrontal cortex, and 12 were assigned to the sham procedure.

Dr. Diefenbach noted that the protocols for both the sham and active treatment groups were identical, with the exception of the intensity of the pulse, which was delivered at a subtherapeutic dose in the sham treatment group.

Participants received 5 15-minute treatments per week, targeting the dorsolateral prefrontal cortex on the right side of the brain, for a period of 6 weeks. The active treatment group received 1 Hz for 15 minutes and a total of 900 pulses per session.

This differs from the depression protocol, which stimulates the dorsolateral prefrontal cortex at a high frequency on the left side of the brain.

“We believe the dorsolateral prefrontal cortex is part of a circuit that is overactive in anxiety, and so we applied the [TMS] pulse to the right side of the brain at a low intensity to try to inhibit and calm down the circuit,” said Dr. Diefenbach.

The study’s primary outcome measure was a 50% or greater improvement in anxiety symptoms, as measured by the clinician-administered 14-point Hamilton Anxiety Rating Scale (HARS). Remission was defined as a cutoff score of less than 8. Dr. Diefenbach said it is important to note that both the raters and patients were blinded to the treatment type.

“We were very pleased to see these rates of response. Based on the previous open-label study conducted at UCLA, we had some idea that the response rate might be high, but it was surprising that the response and remission rates were as high as they were, especially at the 3-month follow-up,” said Dr. Diefenbach

“It is not common after 6 weeks [of treatment] for someone who has been a worrier their entire lives to have these symptoms controlled. Typically, you just don’t see this, even after 4 or 5 months of treatment with traditional therapies,” she added.

Larger RCT in the Works

She noted that rTMS has a favorable side effect profile. Potential side effects include discomfort at the site of administration and headache. However, these are generally transient and tend to lessen over the treatment course. The most serious, albeit rare, risk associated with rTMS is seizure.

Because of the study’s small sample size, there are no immediate clinical implications. However, on the basis of these promising preliminary findings, the investigators are planning a larger randomized clinical trial.

In addition, Dr. Diefenbach and her team are conducting a small open-label study with the aim of finding a less intense treatment schedule that generates the same level of efficacy that will inform the larger randomized trial.

“I am very excited about these results and I can’t wait to follow them up, but there needs to be a larger trial. We also need to look at the treatment schedule, because we found it was very difficult for patients to stick with the 5 days a week for 6 weeks protocol.”

If rTMS turns out to be an effective treatment for anxiety that can be maintained over time, perhaps with occasional maintenance treatments, it will be important to examine its cost effectiveness compared with other current treatments.

Commenting on the study for Medscape Medical News, Nassir Ghaemi, MD, MPH, director, mood disorders program at Tufts Medical Center, in Boston, Massachusetts, said that “GAD is not a difficult condition to treat. It seems excessive to use TMS.”

In addition, said Dr. Ghaemi, GAD is often associated with comorbidities, including depression.

“This makes me wonder whether the TMS was really effective for GAD vs clinical depression with anxiety symptoms. We already know TMS works for clinical depression, so that would not be new. We’d have to see if the study excluded patients with MDD [major depression disorder], which I doubt, since it would be very hard to find GAD without MDD,” he said.